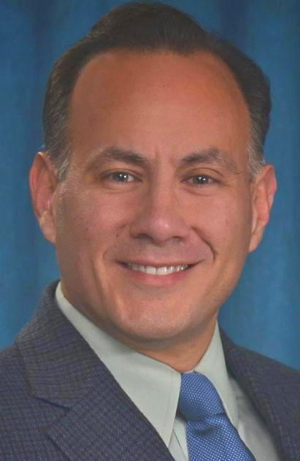 To help make our streets safe again, we need to put an end to bad laws and practices that remove consequences for criminals! That starts with ending the state’s “catch and release” bail laws that have criminals of all kinds back on the streets before the police even finish the arrest reports. We also need to improve the ability of law enforcement and the courts to swiftly and effectively deal with criminals.

I will continue to oppose the use of taxpayer dollars for the purpose of teaching any child, student, or adult in any setting that one race, gender, ethnicity, religion or orientation is inherently superior or inferior to another.

Parents need and deserve the right to choose where their children go to school. As your senator, I will work hard to provide parents with the tools necessary to provide those options, including Education Freedom Accounts and public charter schools. I will also work to ensure that those who homeschool will continue to have that right, free from government interference.

Choice and competition create more options, improve quality, provide accountability and lower costs. As it stands, the current government-run system seems to mostly to benefit the ever-growing numbers of bureaucrats and unions that expect parents and students to do what they’re told and be happy about it because the “experts” are in charge.

That system has clearly failed. My focus will be on how government can better facilitate the education of children by expanding options and opportunities for parents and students rather than continue in its role as the all-knowing and powerful monopoly controlling what and how our children learn.

Since 1784, the New Hampshire Constitution has provided that “Every person shall be considered an inhabitant for the purposes of voting in the town, ward, or unincorporated place where he has his domicile.” For centuries, “domicile” has been defined as one’s permanent, legal residence to which they return after a brief absence, such as taking a temporary work assignment, going to school or taking a vacation. As your senator, I will fight to ensure that the only people voting in our state’s elections are legal, permanent residents of our state.

As a state, we need a real “all of the above” energy policy, not one that simply focuses on wind and solar, which are unreliable and unable to meet base power-load needs. Eliminating fossil fuel generation capacity and pretending to replace it with solar and wind is a big reason why our power costs are as high as they are. This needs to change.

As your senator, I will look for ways to reopen discussions with Hydro Quebec about supplying the state with abundant, clean, renewable and reliable hydro power. It just makes sense.

I think we should investigate building “Seabrook II.” Only one of the two planned reactors was built at the Seabrook nuclear power plant. Building the second reactor would provide much needed power without greenhouse gas emissions.

Not that long ago, the state passed a law mandating nearly $450 MILLION in environmental upgrades to Merrimack Station in Bow. The state then forced its sale and the plant now only produces power to meet peak demand. This makes no sense and we ought to look for ways to bring that power plant back on line instead of just charging ratepayers the “stranded cost” of it producing nothing.

As the state debates how to deal with siting new landfills, we should look at burning trash. There’s a never ending stream of trash that could be used to produce electricity in an environmentally responsible manner.

Finally, we need to reexamine our participation in the Northeast Regional Greenhouse Gas Initiative. It is a regulatory scheme that makes power more expensive and directs ratepayer dollars to pet political renewable power projects. There are other regulations that needlessly cost ratepayers more money that have to go, too.

I support efforts to prohibit banks, insurance companies and other financial institutions from using politically correct methods of “social credit scoring” when determining whether or not to lend money, issue insurance policies, process payments, invest capital or generally conduct business with any person or business. The right and proper consideration of financial institutions should be the financial soundness and ability of those they do business with, not the political views or activities of that person or business.

Before we create more mandates and provide more taxpayer funds to provide government subsidized “affordable” housing, we should look at state regulatory schemes that make development unaffordable at best and inaccessible at worst. Before government “does more” to “solve the problem,” it must first see where it should do less to cause the problem in the first place. If supply is not keeping up with demand, then we must first ask what role government is playing to prevent developers from meeting the need and correct it.

Government should not make inflation worse by spending more money. “Surplus” funds should be set aside for a “rainy day,” pay down state debt or be used to avoid the future use of debt for planned capital projects at the state and local levels. Replacing debt financing with cash payments is a win for taxpayers and won’t increase inflation.

Jobs and the Economy

Thanks to Republican initiatives to reduce taxes and regulation, New Hampshire’s economy is the envy of the Northeast and even the nation! The proof, as they say, is in the eating and we have ample proof that this approach of limited taxation and responsible regulation boosts the economy and provides more jobs.

As your senator, I will continue to look for ways to relieve businesses of unnecessary taxes and unreasonable regulations. The more government takes from businesses and the more it tells businesses what to do, the fewer businesses there will be and the fewer jobs they will provide.

Remember: Taxes are a “cost of business” that gets passed on to you, the consumer, which means that you, the consumer, pay those “business taxes” when you buy any good or service. Increased taxes on business equals increased cost on you!

Clearly, our state is in the throes of a mental health crisis. It seems clear that we need to strengthen and expand our mental health care system. I will support efforts to appropriately expand treatment capacity while also exploring the underlying causes of mental illness, so we can work to prevent its onset whenever possible.

I am pro-life and will vote to protect the preborn. The pre-born child in the mother’s womb is the most innocent and vulnerable person in our state and nation. Abortion is not about “healthcare for women.” It’s about death for the unborn child.

Women deserve better than abortion when they find themselves facing a crisis pregnancy. Our current system promotes the lie that abortion is the only solution. Part of our answer should be to strongly stand behind those pregnancy care centers that offer positive resources and support for these vulnerable women and give them the encouragement and path they need to choose life for their innocent pre-born child.

Protecting the disabled and elderly is also a priority. We must never allow judgements by others about their “quality of life” influence their right and ability to live as best they can until their time comes naturally.

Guns are no more responsible for shootings than cars or alcoholic beverages are for drunk driving or other reckless conduct. While I support enhanced penalties for the use of a firearm, or any weapon, in the commission of a crime, I will not support penalties for the overwhelming majority of law abiding citizens who either own or may want to own guns. So long as we vilify the weapon used in the commission of a crime, we have little hope of addressing the real human underlying causes of the crime, which is what we want, isn’t it?

Two of my daughters played sports in school. One was a very competitive three season athlete who worked really hard to do well. I can only imagine how she would have felt if she had to compete against biological boys. To protect a woman’s right to fair and safe competition, I will support legislation that requires student athletes to play on teams and use locker rooms based on their biological sex.

As a former school board member, I will work to ensure parents are told about their children’s behaviors and activities in school. I opposed the policy in Manchester that prohibits school personnel from telling parents about their children’s “gender non-conforming” or “transgender” behavior in school, a policy that is now the subject of a lawsuit. Parents have the right to know what their children are doing in school so they can be better involved with their children, especially when their child is facing difficult, personal issues. As your senator, I will always work to make sure families aren’t torn apart by damaging politically correct laws or policies. Children and their upbringing are the responsibility of their parents, not politicians or bureaucrats who think they know better.

I do not and will not support COVID-19 vaccine mandates for public employees or government contractors and will fight hard to ensure there are adequate and proper exemptions for those who object to private sector mandates based on their faith, medical condition or conscience.

I also do not believe it’s the government’s role to mandate the wearing of masks. People should have the freedom to make their own informed decisions about how to protect themselves. Let’s give them the information and let them decide.