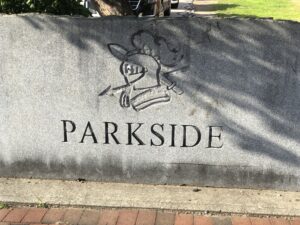 The school was only booked for an hour to get neighborhood input. This upset many neighbors whose questions weren’t answered or even asked as a result.

Tonight, I went to my old stomping ground at Parkside Middle School (Class of 1983) for a neighborhood meeting about a proposed $17 million community center focused on “serving children and families.”  The cafeteria was packed with neighborhood residents who appeared to take the meeting’s organizers and the assembled muckety mucks from City Hall, including Mayor Joyce Craig, by surprise.

The meeting opened with an eloquent speech by West Side icon Sylvio Dupuis.  God and country had been removed from public discourse, he said, and community centers like the one proposed were needed to change that.  Several follow up speakers cheerled the proposal while, at the same time, telling neighbors they didn’t know what the building would look like.  That required their input, organizers said.  It didn’t go over well with neighbors.

One gentleman who’s been very involved in the neighborhood for twenty years caught the presenters off guard saying that the question that should be asked is not “what it will look like” but “if it will be built.”  A sentiment that was raised by several others and applauded by virtually everybody there FROM the neighborhood. 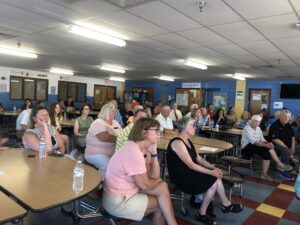 Residents questioned the need to have a health clinic in the building when Catholic Medical Center was just a few blocks away.  They wondered why a big new building was needed when nearby West High was vastly underutilized.  The fate of the community gardens was raised.  Traffic, parking and the constituency that may be drawn into the neighborhood as a result of the suggested services was concerning to many.  Will it pay taxes? went answered.  Will it attract homeless to the neighborhood?  Questions about funding sources for the $17 million price tag were met with “federal funds, grants and private fundraising.”  What’s the urgency?  Why is this moving so fast?  “Because there’s a great need,” was the answer.  Some audibly groaned.

Residents fumed at being presented with a project just a week before it was to be voted on by the Board of Mayor and Aldermen, despite it’s being in the works since early November, 2021 and the site having been chosen some two months ago.  “What other parcels were considered,” asked more than one person.  One on second street and many others, was the general answer.  The effort to find a piece of land was said to have been “extensive,” with outreach to “brokers, West Side influencers, aldermen and city officials.”  No specific sites were shared. 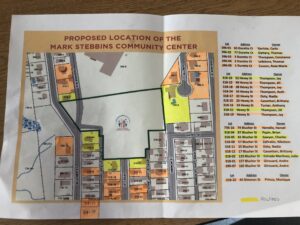 One resident went door to door, visiting two dozen abutters. All were opposed and all properties visited were owner occupied.

Presenters struggled to answer questions, often saying getting resident input at this meeting was needed to finalize plans; a meeting that had well over 100 people and was shut down after just one hour because that’s all they rented the cafeteria for.  That irked a lot of neighbors.  Said a Blucher St. resident, “They only set aside an hour for our feedback?  Do they really want it?”  Several questions went unanswered and several residents were cut short so that others could ask questions.

Among the questions not asked was this:  If you don’t know anything about the building that’s going to be built, how did you come up with the $17 million price tag?”  Several speakers said it looked like this train had “already left the station.”

A Hevey St. resident called the organizers out saying that many “influential people and community organizations had been involved in the planning for several months but the abutters and others in the neighborhood who will have to live with the project every day in perpetuity haven’t been involved at all.”  The crowd burst into applause. 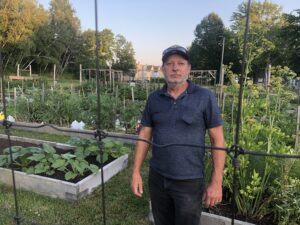 Ken Laquire, who manages the community garden, has spent years building the beds, adding structures and making it all work. The project will displace the garden and all that’s been invested to build it. What’s its future?

Presenters frequently mentioned survey information they’d received from the public about the “needs” of the West Side.  Several residents asked “what survey?” or made note that they hadn’t seen or been made aware of any kind of survey.  They were told that their “non-profit partners” were responsible for gathering the data.  After the meeting, one resident wondered whether or not those non-profit partners simply asked their own constituencies since the neighborhood clearly wasn’t asked.

One thing’s for sure, the smiles of the aldermen, school board members, mayor, state reps, Sen. Lou D’Allesandro, various city officials, and the presenters were gone by the end of the meeting.  Clearly, there’s a big disconnect between what they say the neighborhood needs and what the people who live there believe it needs.  Now the question is whether or not City Hall will listen to a neighborhood that believes its future is on the line or whether or not it will redirect the well intentioned but mishandled efforts of those who’ve brought this project forward. 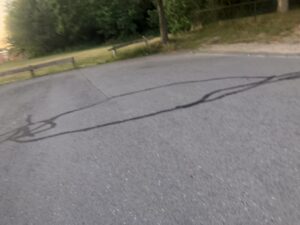 The dead end that would likely be opened if the center were built. 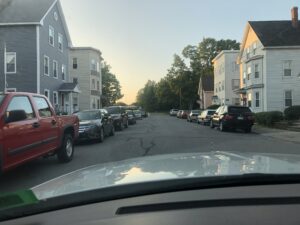 The homes on the dead end street that leads to the construction site. There are a significant number of owner occupied properties that would be affected. 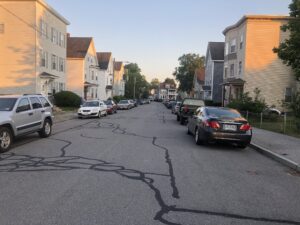 A view of the dead end street from the dead end. It’s quiet and well kept, thanks to all of the owner occupied buildings. 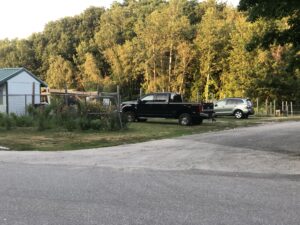 One view of the community gardens that would be displaced. The roadway would also be an access point to the proposed building. 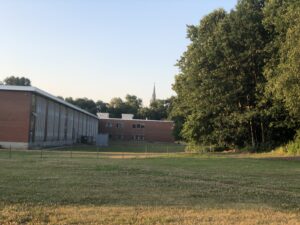 The current green space that would be lost if the project was built. To the left is Parkside. In the deep background is the steeple of Ste. Marie parish. Residents questioned what will happen with the trees. Where will the parking go? How big will the building be? Answers not offered. 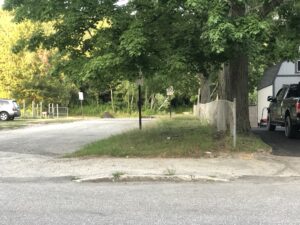 the house that abuts the driveway off Blucher St. that would be affected by the project.