MANCHESTER, NH  October 24, 2022–The campaign of Manchester Republican state Senate candidate Richard Girard released the endorsement of Ovide Lamontagne, today.  Lamontagne, a longtime conservative activist, chaired the State Board of Education and ran for Congress, US Senate and Governor.

I support /Rich Girard for NH State Senate because he is a proven, tested public servant who shares the alues of most citizens of Senate District 20.  He’ll bring new energy and innovation in representing us and fighting for the rights of parents, taxpayers and his constituents.  he’ll be my Senator and I look forward to calling him ‘Senator Girard.”

In accepting the endorsement, Girard thanked Lamontagne for his tireless advocacy for working families and traditional values.

Over the years, Ovide has stood for family values, educational excellence and common sense, conservative policies that benefit working families.  He’s been a happy warrior in pursuit of a more civil and constructive society free from the heavy hand of government.  I’m honored to have his endorsement, especially since I know he’ll be a constituent in District 20! 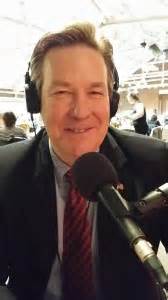