NH stood tall at Gettysburg–Why that should matter today

During my family vacation last week, we spent a day at Gettysburg.  Being a bit of a Civil War buff, I could have easily spent the entire week there.  It was breathtaking.  (Please note that my photos of the monuments are at the end of this post.)

After an all too brief visit to the Gettysburg National Military Park Museum and Visitor Center, we took a 3 hour tour of the battlefield, which could have easily taken all day and then some.  During that time, our guide brought us to two monuments marking where New Hampshire men fought valiantly and held their ground during some of the fiercest fighting of the campaign.

The first monument we visited was for the “Fighting Fifth,” the Fifth New Hampshire Infantry Regiment.  It was an all volunteer regiment considered one of the best combat units in the entire Union Army.  Its valor brought with it the sad distinction of suffering the most battle deaths (295) of any unit in the Union Army.  General Winfield Scott is said to have referred to the Fighting Fifth as “refined gold” in 1863.  The monument, which is made from boulders from the battlefield and capped with granite from NH, marks where its revered and respected Colonel Edward Cross was mortally wounded in the infamous Wheatfield fight.  Despite this, New Hampshire’s men stood their ground and helped secure the Union Army’s embattled and beleaguered left flank against wave after wave of Rebel attackers.

We also saw the monument for the 2nd New Hampshire Infantry Regiment, commanded by Colonel Edward Bailey of Manchester.  Stationed in the Peach Orchard, the 2nd New Hampshire battled bravely while the flank was overrun by Southern troops that took advantage of poor placement by Union General Sickles, who defied orders and moved his troops away from the rest of the Union line.  As with the Wheatfield, the Peach Orchard battle was one of the most fierce of the whole engagement at Gettysburg.

Here’s why the battlefield bravery of our state’s sons should still matter today.

We seem to forget that the United States went to war with itself over the issue of slavery.  More Americans were wounded or killed during the Civil War than in any other war in which our country has been involved.  Yet, to hear modern day accounts of racism, systemic or otherwise, you’d think the country had remained stubbornly silent during the 157 years that have passed since the Civil War came to its bloody end.  “Modern” theories about race relations, such as CRT (Critical Race Theory) would have you believe that no progress has been made in establishing that all are equal before the law.  Worse, its advocates push for what can only be considered re-segregation of the races, especially in schools across the country, as some sort of “remedy” for the alleged systemic racism of virtually, if not every American institution.  Historical facts are ignored or deconstructed by modern day race-baiters to push a divisive, destructive and untrue narrative about racism in our country such that even expecting people to return to work in wake of the COVID-19 shutdowns is “racist.”  What’s racist are the guilt peddling, group labeling, CRT wielding “anti-racists.”

It’s particularly curious, galling really, to hear such claims made about New Hampshire, which, in the election of Sen. John P. Hale, sent the first abolitionist to the US Congress.  That’s why there’s a statute honoring the man on the State House Lawn. 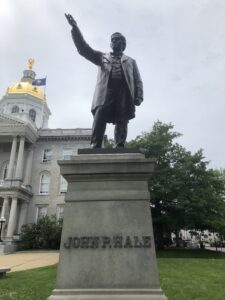 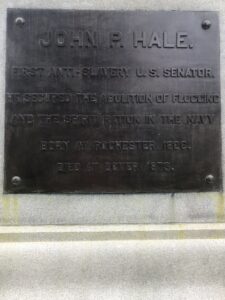 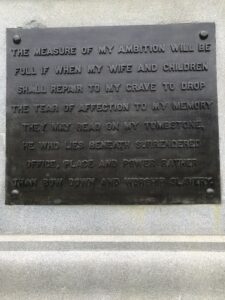 I supported legislation that would prevent any government agency from using tax dollars to indoctrinate public employees or contractors with CRT (the belief that one race is inherently superior or inferior to another).  The legislation that passed also prevents school teachers from indoctrinating children into this way of thinking.  Certainly, Rev. Dr. Martin Luther King would not agree that someone who is white is inherently racist because they are white nor would he agree that someone who is black is inherently a victim of racism simply because they are black.  Yet, that’s what the “anti-racists” insist is true and that is what they demand be used in employee trainings and school classrooms.

As a state senator, I will continue to oppose the use of our tax dollars to “teach” that any one person is any better than any other person based on any “group identifier,” such as race, color, creed, national origin, sex or anything else.  My Democrat opponent, Sen. Lou D’Allesandro, opposed this law and will fight to overturn it.  Might ask him why he’s okay with people promoting such division, suspicion and hatred of one another based on superficial characteristics rather than the content of their character, as Rev. Dr. King urged us to do.

Here are the photos I took at the monument sites.  Below them are links to information about our state’s Civil War regiments at Gettysburg and in general.  To enlarge a photo, simply click on it. 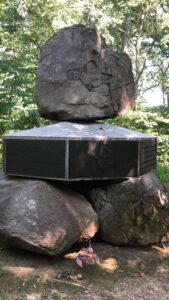 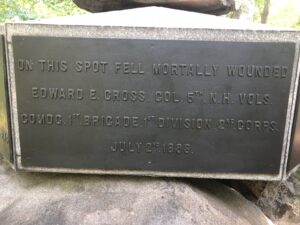 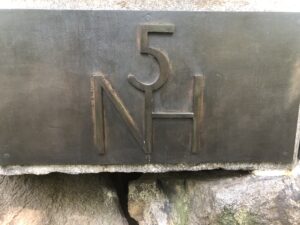 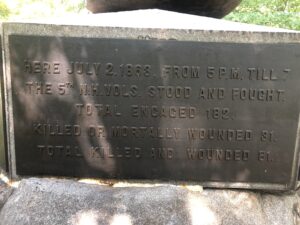 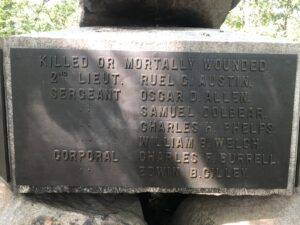 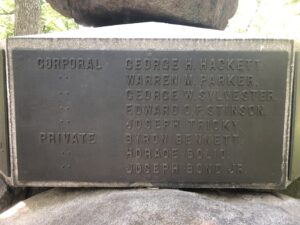 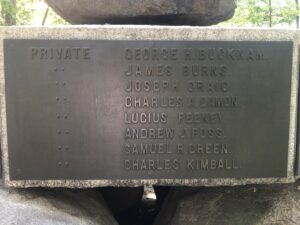 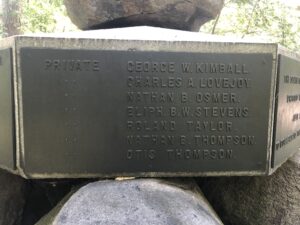 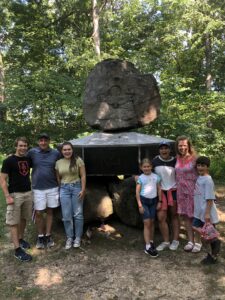 From the 2nd NH 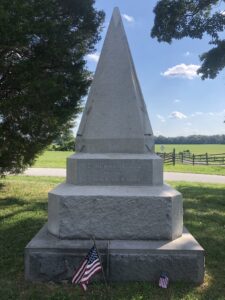 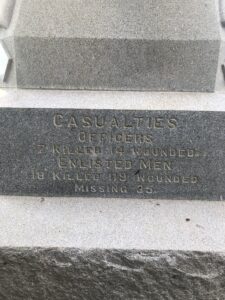 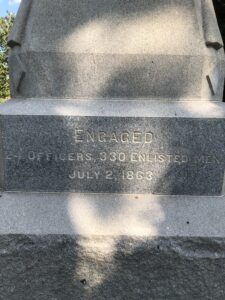 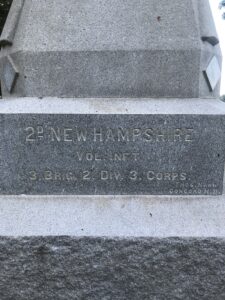 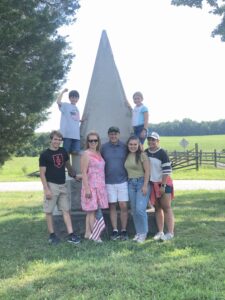 For a listing of all of our state’s regiments in the Civil War, click below.

For a listing of NH’s monuments to the five regiments that fought at Gettysburg, click the link below.