Take a look at our first major ad of the campaign

Today’s edition of the New Hampshire Sunday News included their pre-primary Voter Guide.  On the back page of the print edition, I published the first major ad of our campaign.  It can be found online if you subscribe to the e-edition but I haven’t found it on the regular site so I’ve included a screen shot of it below.  Just click to enlarge it.

It’s born of my sincere belief that working families have been betrayed by the Democrat Party, including incumbent state senator Lou D’Allesandro whose held the seat for 12 terms…24 years…and seems to have taken for granted the people he represents in favor of the deep pocketed PACS, lobbyists and out of staters that have stuffed his campaign coffers.

In the end, this campaign won’t be about the campaign has the most money.  It’ll be about who best understands and will represent the working families of District 20.  Please help us get that message to our voters! 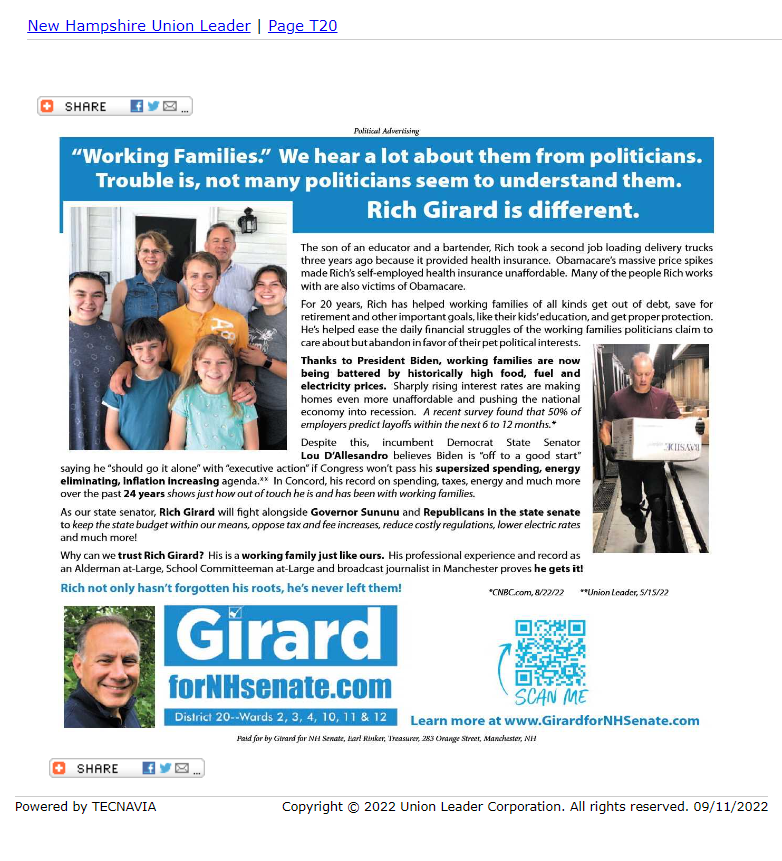