Dumping Ground: Criminals belong in jail, not on Elm St. 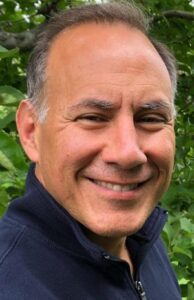 THE HORRIFIC murder of 75-year-old Queen City native Daniel Whitmore by a vagrant provides an opportunity to assess what’s worked and what hasn’t as the city and state try to cope with the opioid crisis and the homeless invasion of Manchester that has come in its wake.

We must come to grips with the reality that however well intended, the city and the state have enabled the vagrancy problem. Safe Stations imported addicts from all over the country, as have the dozens of illegally operating sober living facilities the city has ignored. Complaints filed by neighborhoods against these illegal businesses produced information showing that nearly three out of every four residents in these facilities come from outside Manchester, with a large percentage coming from out of state.

That number mirrors news reports from the winter of 2020, when city officials disclosed that nearly three-quarters of vagrants on our streets came from somewhere else, many from out of state, like Raymond Moore, the Mississippi man accused of killing Mr. Whitmore.

While Safe Stations has been shut down, the illegal sober living facilities and homeless outreach efforts have not. Manchester continues to be a magnet for people who are exceptionally likely to end up on our streets because the city continues to allow them to stay hassle free while signing them up for taxpayer-provided health and welfare benefits. Local churches and nonprofits that continually give the homeless what they need to remain on the streets are further enabling them to remain there.

Law enforcement has essentially been disabled by state law and court failures. Police complain that the violations they write are meaningless, asserting the courts pay little attention to them. Violations of state law that may lead to jail time see offenders back on the streets before police even finish writing the arrest reports thanks to the “catch and release” bail reforms that politicians practically tripped over themselves to pass in 2018. Now that “catch and release” has resulted in murder, politicians can’t clamor loud enough about fixing what they broke.

Leaving aside that police could press the courts by flooding them with violations to demonstrate the magnitude of the problem, we have to acknowledge that changes made to state law have contributed to this mess.

We have to rethink this idea that we can’t arrest our way out of the vagrancy problem. Being a homeless vagrant isn’t a crime but shouldn’t come with a “get out of jail free” card for crimes committed. Enforcing the law sends a message about what the community will and won’t tolerate. It’s time to send a different message.

Catch and release, or “cashless” bail, has got to go. Countless crimes have been relentlessly committed by people out on cashless bail, needlessly creating hundreds, if not thousands, of new victims. Common sense should tell us this has failed and must be changed.

The state also needs to reconsider things it has decriminalized. As an insulin dependent diabetic, I need a prescription to get needles for my shots. A drug addict needs nothing to get more needles to “safely” inject illegal drugs. It is also no longer a crime to possess needles that have illegal drug residues. The intent of this change was to discourage addicts from ditching their needles to avoid arrest. In reality, these changes have given addicts the ability to “safely” do drugs and avoid any penalty for their otherwise criminal behavior. Needles are still to be found just about everywhere.

Sending people to jail for the crimes they commit is and has to be part of the solution if we want to remedy this vagrant crime wave that’s devastating our parks, playgrounds, sidewalks and neighborhoods. Given that vagrants imprisoned for their crimes will need medical, mental health and rehabilitation services, the state must ensure not just that its incarceration facilities have these services to help people get clean, sober, medically and mentally well, but also must have a system that continues to serve its former inmates to ensure they stay that way and reclaim their place as productive members of society.

As a candidate for the state senate in District 20, I commit to doing whatever is necessary to change these laws, hold people to account for their actions, address deficiencies in the courts and, most importantly, make sure those who need help get it while doing their time and after they’ve been released.

Richard H. Girard is a Republican candidate for the NH Senate and publisher of girardatlarge.com. Girard is a former alderman and school board member and lives in Manchester.

Note:  This article was originally published in the New Hampshire Union Leader on September 16, 2022.