MANCHESTER, NH October 18, 2022–The campaign of Republican District 20 state Senate candidate Rich Girard released the endorsement of House Speaker Sherman Packard, today.  Packard, who was born and raised in Manchester, represents the town of Londonderry, has played a key role in guiding the GOP’s legislative agenda through the General Court.

“While I moved out of Manchester many years ago, I still have its blood runningh through my veins.  I visit often and understand well the many challenges and opportunities it has.  The old saying ‘as goes Manchester, so goes New Hampshire,’ in many ways, still holds true and we in legislative leadership have a duty to pay attention to its needs.  That’s why I’m endorsing Rich Girard for the state Senate.  Rich knows the city as well as anyone but he also knows it in ways most people don’t.  He understands not just the inner workings of City Hall but also the needs and desires of Manchester’s working families, like his.  When it comes to crime, education, school choice, energy costs, inflation, taxes, CRT and more, Rich will speak with authority about the needs of Manchester’s people because he’s dealing with these issues everyday in his own family, just like most people are and I look forward to hearing what he’ll say about how we in Concord can help the city we both love.”

In accepting the endorsement, Girard said he admired the Packard’s leadership.

“Being Speaker of the NH House is an enormous undertaking that requires great skill and leadership ability.  Since taking the gavel, Speaker Packard has shown an incredible ability to navigate the often tumultuous waters in Concord and keep a sometimes fractious and slim GOP majority on track, while working with Governor Sununu and Senate President Morse to get things done for the people of New Hampshire.  He may rightly lay claim to many significant accomplishments since becoming speaker and I know I’ll have his ear when the concerns of Manchester and its residents need to be heard.  I’m looking forward to working with him across the chamber wall at the State House.” 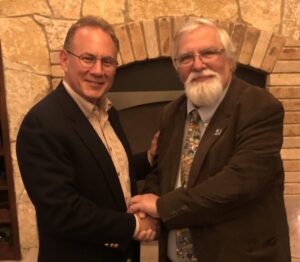 Click here to donate or volunteer.  There are only 3 weeks left to go!  Now’s the time to jump in! Thank you.